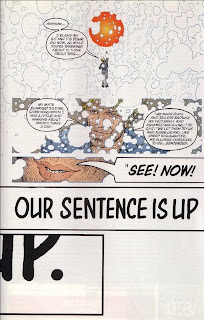 In case you are wondering, my sweet and oh so calm Sil, who I know is reading this, YES, I'm working on the editing. We still have two more weeks and since I did and still do most of the work in this, I feel you should calm down and cut me some slack. I'll record my screen or something next time and you'll see that I'm almost done.

And since when do you care so much about who died and who didn't in each hotel you visit? The clerk was probably just playing with you, after watching Evangelion you should know that some albinos have red eyes. It's true, I read it on Cracked or something.
Publicado por El Loco en 21:56:00 No hay comentarios:

Today has been pretty shitty. Maybe even full blown shit. A little comment about the short film after the re cap.
I woke up this morning at my friend John's house, maybe wasted since I don't remember going there but luckily no hang over. He left me alone in the house with the door locked and I had to get out through a window. An old lady almost calls the cops, and maybe did after I left.
My house was trashed, badly. Most teenagers this days seem to be either in a gang or useless for life so I kind of find their interest in the delinquent job market as something vaguely more acceptable. There was nothing missing, no surprise sine there's nothing of value to take in the first place. The cops were jerks, as always. At least they could have helped me clean this up.
Finally, as the cherry on top of the shit ice cream that two hot girls share, John doesn't want to pick up the phone and I really want to know what happened last night.

I did not found nicer footage of the short film and it really deserves to be watched with good quality. Maybe you saw some fragments? The most frequenter on youtube are:

·Puppets mixed with crude stop motion and heavy quantities of backmasking.
·The credit song which plays a mix of children laughing and crying.
·The final scene, with the two main characters being chopped and bagged in those black plastic bags, while the camera goes away slowly. It last more than a minute.

If anyone knows what I'm talking about and has a torrent or a DD it would be great.
Publicado por El Loco en 17:43:00 No hay comentarios:

A short film I found.

Checking a mention of some author from eastern Europe that I read on 4chan I ended up reliving what must have been a fragment from my childhood. I don't quite remember the context where I saw it but so many bricks were shat by my little self that it ended up as a returning element of my nightmares for the years to come.

I'm not posting the youtube link, not until I find either a complete version or a fragment that doesn't look like shit (who points the camera to the tv and expects the footage to look ok?). It isn't really scary, don't expect nightmare fuel, but it got logged somewhere in the back of my mind when I was little, and it grew with each scary thing I came across. When I was little I had some nightmare related to this once a month at least, and I still have them from time to time.

Here's an example of one of those dreams:

I'm eating with the girl that used to be my girlfriend at that moment, who in the logic of the dream is also my mother (go go gadget Oedipus complex?). It's getting late and I want to turn the lights on so I can smoke since it seems to be a requirement to do so. As I get up she starts saying no with her head, to later just telling me to stop getting to the point of crying when I finally reach the light switch.
With the lights on I can see a hand on her shoulder, she stopped crying. I sit back, ignoring it, and take my lighter just to find that I don't ave the strength to move the thumb-wheel. I can see that the hand is part of a huge shadow that stands between her and the window, a shadow that starts getting closer to me and I know I could make it stop if I could just turn that lighter on but it's so heavy I can barely keep my hand up. The shadow keeps getting closer and closer really slowly, it seems hours before it has crossed just a few feet, I'm close to lighting that cigarette and I keep trying while I follow the shadow with the corner of my eye.
When it is right next to me I can hear the sound of a bell, like a church bell. I start looking up, trying to get to the end of that shadow, which seems as impossible as lighting that cigarette that if I could just smoke everything would be alright.
And when I'm about to reach the end of that shadow that crosses the suddenly huge ceiling, I wake up
Publicado por El Loco en 15:33:00 No hay comentarios: 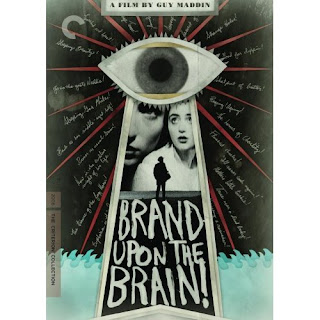